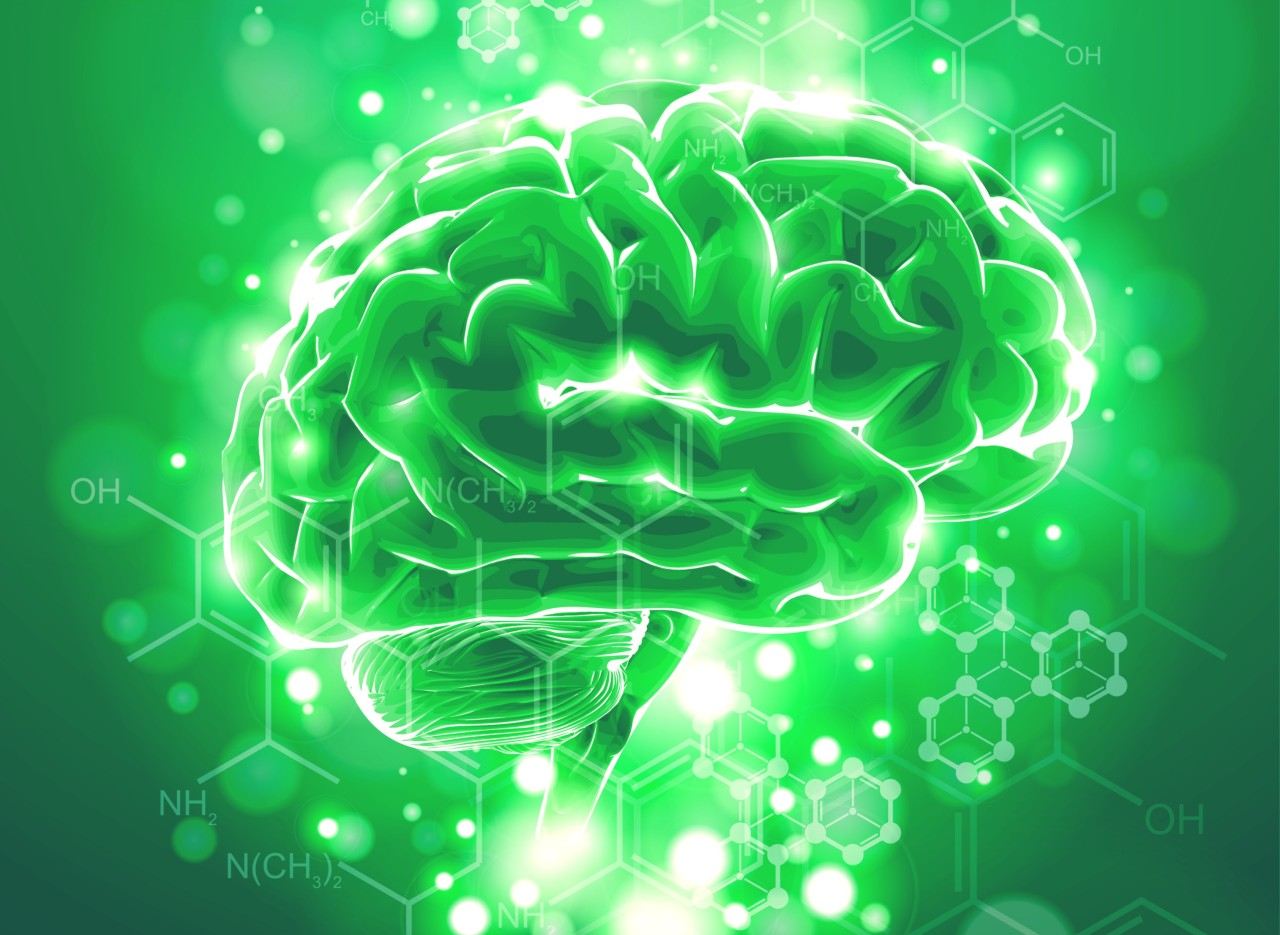 How does CBD oil affect our Endocannabinoid System?

After having done an in depth and thorough research on the wonders of CBD oil, after hearing about the buzz that surrounds this product which is known for having therapeutic properties. With the calming effect that it has on inflammation, stress, overall mood, and pain in our bodies, CBD oil has emerged as a favorite among not just the people who belong to the medical industry but also the ones who are associated to different industries.

With such immense popularity, the question which arises is that – how exactly and why does CBD oil affect complex and vast systems in the body?

Introducing your body to CBD oil can help in lowering some of the most common health ailments such as:

What is The Endocannabinoid System?

If the definition of our endocannabinoid system is to be put simply, it could be explained as a system that is responsible for maintaining homeostasis in our body. Dictionaries state the meaning of homeostasis as, “any self-regulating process through which biological systems tend to maintain stability while adjusting to conditions that are optimal for survival. If homeostasis is successful, life continues; if unsuccessful, disaster or death ensues.”

The endocannabinoid system was outlined decades ago from researchers during their studies which study the effect of Cannabis on human beings. The endocannabinoid system maintains homeostasis in our body which basically implies that it is a system which is regarded as very crucial in order to keep the body stable and ensure that the conditions for survival are optimum.

The receptors CB1 and CB2 are embedded in the cells and have the responsibility to send an immediate signal to the other parts of the body in case something is not right somewhere. There are different reactions that occur due to the cannabinoid receptors when they are stimulated by cannabinoids.

Despite the fact that both the receptors have similar sounding names, yet, CB1 and CB2 have very different functions to perform in the human body. These neurons act more like a lock, with the cannabinoids acting as the key.

First discovered in the year 1990, CB1 receptors can be found in more quantity in our brain (in the hippocampus, hypothalamus, and amygdala to be precise), the intestines, the central nervous system (CNS), connective tissues, gonads, and various other glands as well.

The benefits of activating the CB1 receptor include:

First discovered in 1993, the CB2 receptors can be most commonly found in the spleen, thymus, tonsils, and immune cells such as the macrophages, microglia, mast cells, and B and T cells with only a small number existing in the brain.

When the CB2 receptors are activated, the macrophages destroy the beta amyloid protein which makes up the main component in the plaque found in the brains of people suffering from Alzheimer’s disease.

The changes in CB2 receptors have an uncanny resemblance to almost all kinds of human diseases – right from the psychiatric, to gastrointestinal, to cardiovascular, neurodegenerative and autoimmune. CB2 receptors are responsible for taking care of the bone health and quality of skin, liver and kidney functions, chronic pains and even cancer.

Cannabinoids can be obtained from two very different places – either they come from a body that produces naturally occurring endocannabinoids or the cannabis plants – hemp or marijuana which produce phytocannabinoids. The cannabinoid receptors act as a messenger when the internal system of your body is not on the right path. It is then that your body starts producing endocannabinoids which get destroyed by the metabolic enzymes when they are not needed in the system.

The endocannabinoid system, which was discovered in the 90s is one of the most crucial systems in our bodies making it one amongst the least studied systems of the human body as a whole. Nevertheless, it is one of the most important systems without which a body cannot function properly.

How Does CBD Oil Affect The Endocannabinoid System?

While CBD oil has been rapidly emerging as a promising natural treatment, there isn’t much information available around how exactly does it affect our endocannabinoid system. Being one of the major compounds to be found in the Marijuana or the Cannabis plant, Cannabidiol or CBD is absolutely safe for consumption.

The main cannabinoid found in cannabis, the Tetrahydrocannabinol (THC) has psychoactive properties that are responsible for causing ‘high’ amongst people giving marijuana the status of a drug in a lot of countries around the world.

Studies reveal that the endocannabinoid system also recognizes and responds to various cannabinoids that are received from external sources, which also includes the phytocannabinoid cannabidiol (CBD). The CBD oil is prepared by deriving the CBD extract from the Cannabis plant and then diluting it with a carrier oil such as coconut oil or the hemp seed oil.

The Health Benefits and uses of CBD Oil as a whole

The uses and benefits of CBD oil have been proven over the years – right from easing depression to curbing anxiety to elevating the cancer related symptoms. The introduction of external cannabinoids to our endocannabinoid system helps in the treatment of a number of health ailments which also include:

While the researches for benefits of CBD oil are still underway, it should be noted that the benefits mentioned above are not the only ones it can help with. Studies and experiments have just begun discovering the miraculous ways in which CBD oil can heal and help.

Cannabinoid oil does not fit with the CB1 and CB2 receptors exactly, but it does stimulate and causes a reaction among both the receptors. For this, CBD oil does not get bound with the receptors, yet changes are created within the cells. On the other hand, THC or tetrahydrocannabinol strongly binds itself along with the cannabinoid receptors which then results in the production of various benefits of CBD through indirect actions.

One of the common actions that take place includes the activation of the protein-receptor TRPV-1, which is responsible for monitoring the body temperature, pain and inflammation.

What’s more is that it helps CBD oil in inhibiting the FAAH or the Fatty Acid Amide Hydrolase which helps in the creation of higher levels of endocannabinoids such as anandamide.

Also known as the bliss molecule, anandamide plays a crucial role in triggering the motivation, pleasure and the regulation of feeding behaviors by large. Anandamide also helps in lowering the anxiety levels due to its calming effects while also keeping a check on the breast cancer cells.

What Are The Effects of CBD Oil?

Even though the benefits of CBD oil are still being explored and studied by researchers, there have been quite a few findings that show the ways in which CBD oil can help. Listed below are a few effects of CBD oil.

It has been found that CBD can help in reducing the chronic pains. The role of our endocannabinoid system is to closely monitor a lot of functions and one of them is pain. The endocannabinoid receptor activity is impacted in such a way that it starts interacting with the neurotransmitters and hence, reduces the inflammation.

Upon studying the patients with multiple sclerosis, the ones who were treated using Sativex reported a huge improvement in the muscle pain and spasms. The combination of THC and CBD which is used to make Sativex, is used by a few countries in the world (other than the United States) to treat the spasticity caused by multiple sclerosis.

Clinical Endocannabinoid Deficiency (CECD) can be defined as a condition in which the human body starts producing a lower number of cannabinoids than considered essential to promote good health. It is believed that this condition could be a part of a number of other health conditions, some of which include autism and irritable bowel syndrome (IBS).

Due to the fact that CECD is considered as a factor in a lot of health ailments, various studies are underway to study the effects CBD oil has on Clinical Endocannabinoid Deficiency.

It is yet to be understood whether the supplements such as CBD oil can actually have a positive effect and provide relief to the patients suffering from such conditions.

Even though more investigations need to be taken up to understand the uses of CBD oil, however, the preliminary shreds of evidence explain that CBD oil may be useful in treating a large number of medical conditions

Reduces the anxiety levels and helps you sleep peacefully

A lot of gossip has been surrounding CBD oil in regards to its therapeutic properties and how it can help in improving the sleep disorders and Eid reduce the anxiety levels. Case studies have shown quite a few promising results about this wonder product.

It was concluded that approximately 80% of the patients reported a decrease in the anxiety level and more done 60% of people felt that their sleep patterns had drastically improved.

Even though more clinical research is needed to understand CBD oil in depth, yet, this study proves that the CBD oil may indeed be beneficial for people suffering from sleep and anxiety disorders.

While CBD oil has sure surfaced as a natural remedy for multiple health concerns, it has also emerged as a popular field of study which is only expected to grow over time. The list of uses and potential benefits of CBD oil is sure to grow as the studies advance. Even though the endocannabinoid system is a very huge system of the human body, of all the information that is available to us right now, is just the tip of the positive effects CBD oil has on it.

The effects that CBD oil has on our endocannabinoid system is not the only place it affects. It is also known to impact other areas of the human body as well which can, in turn, be useful for treating a large number of medical conditions.

As CBD oil stimulates the endocannabinoid system, it also promotes the homeostasis in the body while also reducing the sensation of pain and curbing inflammation.

In order to fully understand the complete benefits of the CBD oil, we will need to go beyond the endocannabinoid system and get a better understanding of the effect of CBD oil on other body systems. The regular use of CBD oil can enhance an active lifestyle by enabling the Endocannabinoid System.